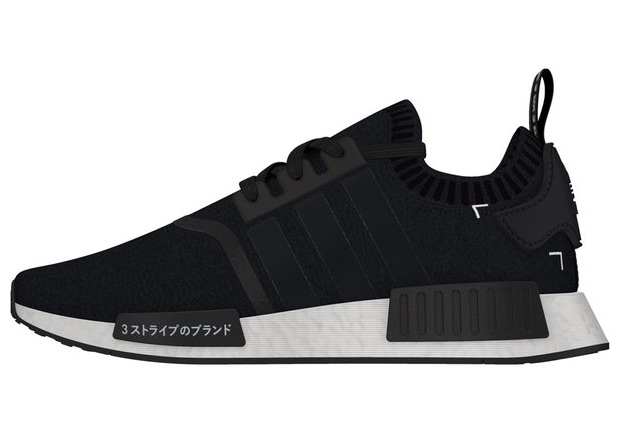 Fresh off the release of that pristine all-white adidas NMD R1 PK overseas this past weekend, adidas Originals returns with what promises to be one of the most sought after silhouettes this summer with a simple, understated “Core Black” colorway. It isn’t that hard to see why the adidas NMD series is thriving. The sleek design sees the perfect combination of Primeknit woven technology and a supremely comfortable Boost-injected bottom while unique three stripe branding accents alternate between different languages ranging from Japanese, German, and more on the midsole and heel tab. So far we only have this brief preview in the form of this mock-up pictured above, but a release date is pinned down for June 10th according to Boost Marketplace on Twitter. Are you a fan of the look? Let us know in the comments section.